Consider a fixed charge Q1. Let us move a second charge say test charge Qt around the Q1. We observe that the test charge Qt experiences force everywhere around Q1. It is experiencing a force field. Force on it will be given by coulombs law as:

Expressing Electric Field in Spderical Co-ordinates:
First for considering spherical co ordinate we must see that fixed charge has spherical symmetry at its location like at origin(0,0,0) for that we can either use spherical co-ordinate directly in equation as:

If more charges are added in the surrounding of Q1 then electric field will be sum of individual acting alone. As shown in equation given below: 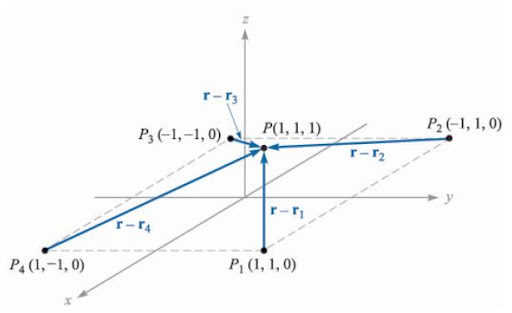